Through years of history of mankind there have come some Inspiring Spiritual leaders who etched their names in our memories forever. With their works contributing to the well being of people , they have won hearts and attracted critics alike.

We bring to you our selection of the top Spiritual Leaders Of All Time. 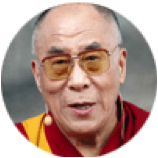 Dalai Lama
Born in Taktser, Tibet / 6 July 1935 (Cancer/Pig) / Spiritual Leader
Born Lhamo Dondrub, Tenzin Gyatso is the 14th Dalai Lama and the spiritual leader of the Tibetan people. Tibetan Buddhists believe him to be a reincarnation of his predecessors and the Buddha of compassion. He is a vocal activist for Tibetan independence and has made an incredible contribution to global spirituality.

Eckhart Tolle
Born in Lünen, Germany / 6 February 1948 (Aquarius/Rat) / Modern teacher and writer
Eckhart’s profound yet simple teachings have helped countless people throughout the world find inner peace and greater fulfillment in their lives. At the core of the teachings lies the transformation of consciousness, a spiritual awakening that he sees as the next step in human evolution. His books, The Power of Now and the highly acclaimed follow-up A New Earth are two of the best-selling Mind, Body, Spirit books in the world.

Thich Nhat Hanh
Born in Thua Thien, Vietnam / 11 October 1926 (Libra/Tiger) / Spiritual Leader
Thich Nhat Hanh is a Vietnamese Buddhist Zen Master, poet, scholar and peace activist. During the war in Vietnam, he worked tirelessly for reconciliation between North and South Vietnam and his courageous efforts moved Martin Luther King to nominate him for the Nobel Peace Prize in 1967. 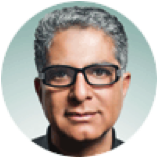 Deepak Chopra
Born in New Delhi, India / 22 October 1946 (Libra/Dog) / Physician, writer and public speaker
As a writer on Ayurveda, mind-body medicine and spirituality, Chopra has had huge success with titles such as Ageless Body, Timeless Mind and The Seven Spiritual Laws of Success. His latest books are What Are You Hungry For? 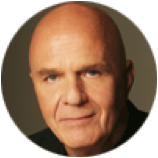 Dr.Wayne W Dyer
Born in Detroit, Michigan, USA / 10 May 1940 (Taurus/Dragon) / Author and Speaker
Affectionately called the “father of motivation” by his fans, Dyer is one of the most widely known and respected people in the field of self-empowerment. His childhood was spent in orphanages and foster homes, and he has overcome many obstacles to make his dreams come true. 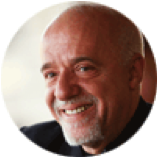 Paulo Coelho
Born in Rio de Janeiro, Brazil / 24 August 1947 (Virgo/Pig) / Novelist
The Alchemist is one of the top selling books in history, with over 65 million copies sold in 150 countries. Coelho has sold more than 150 million books in over 150 countries worldwide, and his works have been translated into 71 languages. 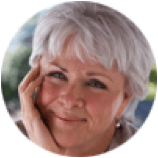 Byron Katie
Born in Breckenridge, Texas, USA / 6 December 1942 (Sagittarius/Horse) / Author and Speaker
Katie refers to her method of self-inquiry as ‘The Work’ and promotes the idea that we can liberate ourselves from suffering by not believing/listening to negative thoughts. Katie exemplifies her methods as she has overcome paranoia, suicidal thoughts and severe depression. 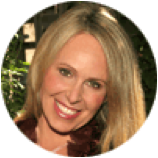 Doreen Virtue
Born in California, USA / 29 April 1958 (Taurus/Dog) / Author and Angel Expert
Virtue is a best selling author and clairvoyant focusing on the angelic realm. She is the author of Healing with the Angels, How to Hear Your Angels, Messages from Your Angels, Archangels & Ascended Masters, and Angel Tarot Cards. 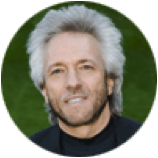 Gregg Braden
Born 1954 / Author
Braden began his career working with computers for companies such as Cisco; however, for the last two decades he has attempted to bridge spirituality and science. His books include: The Isaiah Effect, The God Code, The Divine Matrix, and Deep Truth. 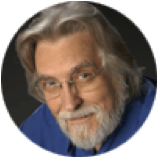 Neale Donald Walsch
Born in Milwaukee, Wisconsin, USA / 10 September 1943 (Virgo/Goat) / Writer
Walsch’s Conversations with God series has sold over 450, 000 copies worldwide. His latest book What God Said: The 25 core messages of the conversations with God that will change your life and the world was published in October 2013. 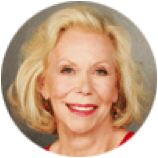 Louise L. Hay
Born in Los Angeles, California, USA / 8 October 1926 (Libra/Tiger) / Author, Speaker and Publisher
Louise Hay is a motivational author and the founder of Hay House. Her best known work is You Can Heal Your Life. In 2014, she teamed up with David Kessler to produce their book You Can Heal Your Heart: Finding Hope and Light After Loss 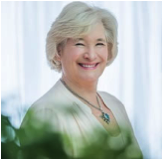 Diana Cooper
Diana Cooper is well known for her spiritual books. Diana has written books about angels, Archangels, unicorns, all elementals including fairies and Ascended Masters. Her Spirit guide Kumeka, who has given her information about the orbs, Atlantis, the Spiritual Laws, ascension and enlightenment.

James Redfield
James Redfield (born March 19, 1950) is an American author, lecturer, screenwriter and film producer. He is notable for his novel The Celestine Prophecy.

When Redfield self-published his first novel in 1992 (Satori Publishing), the immediate interest from booksellers and readers made The Celestine Prophecy one of the most successful self-published books of all time.[1] Warner Books bought the rights and published the hard cover edition in March 1994. The book quickly climbed to the No. 1 position on the New York Times Best Seller List.

Robin Sharma is the globally celebrated author of 15 international bestselling books on leadership including The Leader Who Had No Title, the phenomenal #1 blockbuster that is inspiring a movement around the idea that “Now, anyone – in any organization – can show Leadership”. His work has been published in over 62 countries and in nearly 75 languages, making him one of the most widely read authors in the world. He shot to fame with The Monk Who Sold His Ferrari, which has topped international bestseller lists and sold over 4,000,000 copies.

Sonia Choquette is celebrated worldwide as an author, spiritual teacher, six-sensory consultant, and transformational visionary guide. An enchanting storyteller, Sonia is known for her delightful humor and adept skill in quickly shifting people out of psychological and spiritual difficulties, and into a healthier energy flow. She is the author of 19 internationally best-selling books about intuitive awakening, personal and creative growth, and the transformational leadership capabilities that reside within, most notably with the New York Times best-seller The Answer is Simple.

Dolores’ career as a hypnotherapist spans almost 50 years and has taken her on an incredible journey along countless fascinating destinations. Dolores’ technique involves inducing an individual to the Somnambulistic state of trance through visualization. A state which under ordinary circumstances is experienced only twice daily: the moment just before you become consciously awake and the moment just before you drift off and fall asleep. Historically, hypnotists have avoided conducting research with patients in this state because of the strange and often inexplicable results that are recorded. Dolores has written 17 books based on the insights, knowledge and information she has collected throughout her 45 year career as a hypnotherapist.

Caroline Myss is a five-time New York Times bestselling author and internationally renowned speaker in the fields of human consciousness, spirituality and mysticism, health, energy medicine, and the science of medical intuition. Caroline established her own educational institute in 2003, CMED (Caroline Myss Education), which offers a diverse array of programs devoted to personal development and draws students from all over the world. In addition to hosting a weekly radio show on the Hay House network, Caroline maintains a rigorous international workshop and lecture schedule. 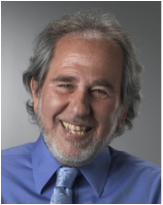 Bruce Harold Lipton, born 21 October 1944 at Mount Kisco, New York, is an internationally recognized leader in bridging science and spirit. He is an American developmental biologist best known for promoting the idea that genes and DNA can be manipulated by a person’s beliefs..
Become a master of your life, rather than a victim of your heredity. Bruce H. Lipton, PhD

Lorna was born into a poor family in Dublin in March 1955. From long before she could talk Lorna was seeing and communicating with Angels – she sees them as physically as the rest of us see someone standing in front of us. Her lack of interest in the material world led to concerns about her health, and she was diagnosed as being ‘retarded’. Angels in my Hair is now an international bestseller. It has been translated into twenty-six languages and has been published in more than fifty countries. Lorna’s second book, Stairways to Heaven, is also an international bestseller. A Message of Hope from the Angels, Lorna’s third book, is a Sunday Times number 1 bestseller. 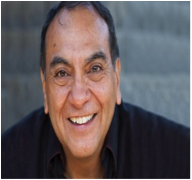 Don Miguel Ruiz is a Mexican author whose teachings focuse on the Ancient Toltec teachings that are used to achieve happiness, peace, and love within one’s life by achieving the wisdom to do so.
Ruiz is listed as one of The Watkins 100 Most Spiritually Influential Living People in 2014.[1] His teaching is significantly influenced by the work of Carlos Castaneda.

His most famous book, The Four Agreements, was published in 1997 and has sold around 5.2 million copies in the U.S.

This site uses Akismet to reduce spam. Learn how your comment data is processed.